In 2007, I gave birth to my son. I was married and had a 3 year old daughter. My husband and I discussed heavily the importance of having my tubes tied since we had the “perfect family”. The day after I delivered my son I had the procedure done. Five months after having my son I discovered that my husband had been having an affair with a “friend”of mine. The affair had been taking place for over two years. I oftentimes feel robbed of my fertility, because had I known that the affair was taking place, I never would have subjected myself to it. In 2008, my current husband and I began dating. My husband is four years my youth and never had children of his own. And just like I feel that I was robbed of my chance to have another baby, I feel like he was robbed as well. Through the 14 years that we’ve been together we often spoke of me have tubal reversal but assumed that it was never in the cards for us. That we would be taking a HUGE chance paying for reversal and still not be able to get pregnant. So we just carried on with our lives, as one does. When my sisters or friends would announce their pregnancies we were always so excited. We would always be the ones that threw the showers, and help prepare the nursery, but quietly we would mourn a person we had never met but only dreamed of. In 2020 we were given an opportunity to adopt a family members baby. She was pregnant and had several kids already and didn’t want anymore. But once she had the baby, she chose to keep her. As happy as we were that she chose to keep her, we were still sad. So close, but yet so far away. Again this year, the same cousin found herself pregnant again. And once again she came to us and asked us to adopt her baby. We really wanted to believe that this time it was going to happen. We even contacted an attorney, almost as if we pushed it along legally that it would force it to happen. Yet again, this baby wasn’t in the cards for us. She chose abortion (at over 20 weeks) over us. And yet again we were heartbroken. Like most folks these days I’m on some form of social media. One of my FAVORITE social media sites is TikTok and It wasn’t until I found a different side of Tiktok (who knew?!) that I heard of donor/donor embryo adoption. After watching different TikToks for days I used google to see what I could find out about embryo adoptions. And that’s when I found ASB. I read every article, watched every video (multiple times) and my life was consumed by what I was reading. For the first time in YEARS we feel that we have finally found a place that may be able to help fulfill our dream of having a baby. We are so excited for what the future holds for us at ASB! 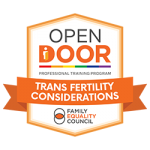 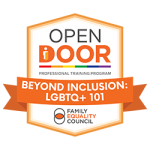 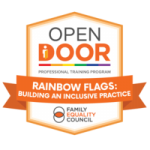